You are here: Home / Inspiration / Parenting / Creative Ideas / Pay It Forward: The real way to change the world

I was reading in the Bible today about Naaman. Anyone remember Naaman? The captain for the king of Syria? Well, he had leprosy. But he knew the prophet Elisha could heal him, so he went seeking a miracle.

“And Elisha sent a messenger unto him, saying, Go and wash in Jordan seven times, and thy flesh shall come again to thee, and thou shalt be clean.”

Naaman was wroth.  This seemed way too simple and silly.

But his servants must have been wise, because they said this:

“ If the prophet had bid thee do some great thing, wouldest thou not have done it? how much rather then, when he saith to thee, Wash, and be clean?”

In other words…if Elisha had asked him to do some big thing, he would have done it in order to be healed. But because the solution seemed way too simple, he was refusing.

It's no secret there are a lot of sad things going on in the world right now. There is a lot of poverty, violence and loneliness.. There are evil and corrupt men that want to destroy our happiness and freedom. There are families that are broken.

It almost seems like the world is a lot like Naaman. Searching desperately for some complicated solution, ignoring the simple things that matter a great deal. Getting fired up about politics and ignoring the power of the family unit.

I don't claim to have an answer to all of the world's problems.  But I know there are some SIMPLE things we can do everyday that make a huge difference that really do change the world.

It starts with being outward focused in our families, in our marriages, and in our communities. If we make the change there, then that change will extend to our state, country and community.  I saw this video the other day and it really took me out of my own little “bubble” and inspired me to be more outward focused.  How many people have I rushed passed without even noticing? How many opportunities for kindness have been ignored? Probably a lot.

Sometimes random acts of kindness don't even have to take time out of our day, we just have to be AWARE of the opportunities around us.

When I was in college, there was a girl in a wheelchair whom everybody loved and admired. I don't know the official name for the disability she had, but her ability to talk and move like the rest of us was very limited.  But EVERYONE seemed to know her name. And when I went to dances, she was the center of attention. I often wonder who it was that first reached out to her.  Who it was that extended the kindness that became contagious? Who it was that made the statement to the rest of campus: This girl is special.  She is to be admired and adored.

Whoever it was, they made a huge impact in her life.

On the flip side of things, I have another memory that will forever remain with me. There was a kid that went to school with me that was very shy.  I don't think I ever heard him talk.  I was never in his same class, but you could tell by looking at him that he carried a certain innocence with him. When I was in 6th grade, his teacher came into our class and told of how she found him crying in a corner of the playground where he had been tied up and bullied by other kids in our grade. I remember wondering how anyone could be so mean to a kid that never did anything to anyone. Later in junior high and high school, I would try to strike up a conversation with him.  But he wouldn't talk. At this point in his life, he had shut himself off to all but a select few people. I've often wondered if his life would have looked different if more of us had reached out to him before he had been bullied and tormented. I've also thought a lot about this boys parents. Were they desperately praying for other kids to make a difference?  To be kind?

I like to believe that the outcomes from both of these stories started with ONE PERSON stepping up.  One person with enough widsom to know that the simple things do matter. Small acts of kindness make a profound difference.

Small acts of kindness change the world. Which is why the movie Pay it Forward has always been my favorite. I still remember my mom sitting us down as family to watch it.  We then had a little lesson afterwards and talked about the ways that we can make a difference in the world.

As with most things that really matter, we all need reminders to help us refocus.  That's what the video (above) did for me. Which is why I decided to make this printable today. Have fun with it, and change the world.

Keep one of these “pay it forward” notes in your wallet. You never know when an opportunity will arise!

If you take pictures of your acts of kindness (given or received), I'd love to see them!  Instagram them with #impayingitforward

Print your own “pay it forward” cards here:

*For parents:  If you have never seen Pay it Forward, due to the language that it contains, I suggest watching it first before showing it to your kids.  For a younger audience, you might consider teaching the same lesson with a children's book: 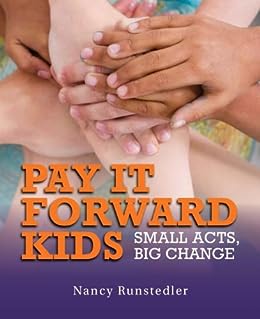 Fill a Bucket: A Guide to Daily Happiness for Young Children 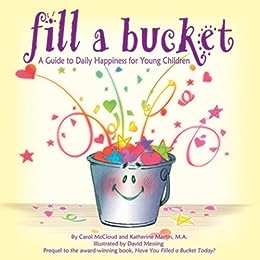